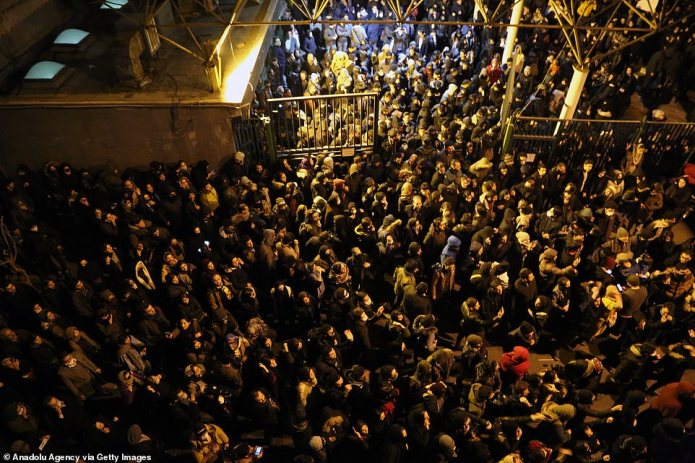 Iranians have gathered in the streets of Tehran to demand the resignation of Ayatollah Seyed Ali Khamenei after the regime admitted it had mistakenly shot down a passenger plane.Angry crowds gathered on Saturday night chanting ‘death to liars’ and calling for the country’s supreme leader to step down over the tragic military blunder, video from the scene shows.What began as mournful vigils for Iranian lives lost on the flight quickly turned to outrage and protest against the regime, and riot police quickly responded with tear gas in an attempt to break up the protests. Ukrainian Airlines Flight 752 was carrying 176 people, at least 130 of them Iranian citizens, when it was shot down by hapless Iranian Revolutionary Guard air defense forces shortly after taking off from Tehran on January 8.

Watch – 2A Activist: Media Smearing Virginia Protesters as ‘Nothing but White Rednecks’

A black Second Amendment supporter at the January 20, 2020, […]
Watch – 2A Activist: Media Smearing Virginia Protesters as ‘Nothing but White Rednecks’

Israeli and U.S. sources tell me Trump’s decision will be […]
Trump to decide in coming days on when to release Middle East peace plan – Axios

The tech giant is creating checkout terminals that could be […]

Tom Fitton: Adam Schiff Should Be The One Testifying in Senate Impeachment Trial–NOT Trump! | Judicial Watch