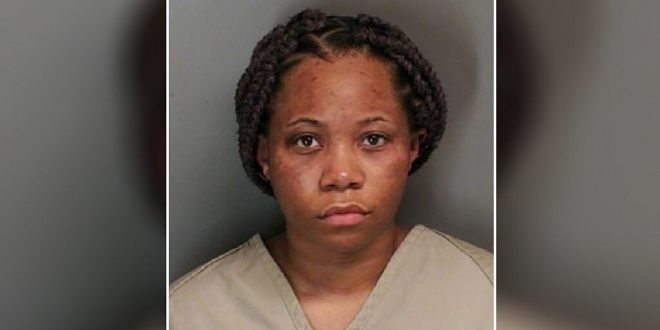 The video showed Sydney Parham, 26, of Fraser, being blown backward and then scrambling to her feet after the explosion, which took place Wednesday in the Detroit suburb of Harrison Township, investigators said.Parham was arrested on an arson charge, Fox 2 Detroit reported.