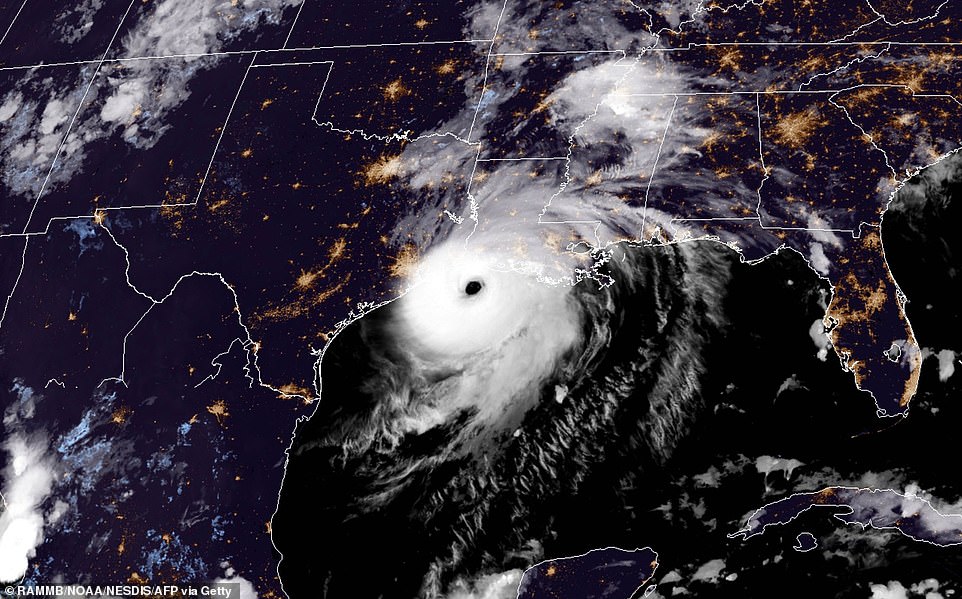 Hurricane Laura continues to gain strength, reaching sustained 150mph winds on Wednesday evening It’s now stronger than Hurricane Katrina and will be one of the 10 largest storms to ever hit the continental U.S., forecasters say The storm surge could penetrate inland from between Freeport, Texas, and the mouth of the Mississippi River, and could raise water levels as high as 20ft in parts of Cameron Parish, Louisiana, the NHC saidIt is expected to make landfall near the Texas-Louisiana coastline late Wednesday or early Thursday, as the most powerful hurricane to strike the U.S. so far this yearThe National Hurricane Center (NHC) tweeted on Wednesday that an Air Force hurricane hunter aircraft has reported that Laura has become an ‘extremely dangerous Category 4 hurricane’It’s expected to bring an ‘unsurvivable storm surge’ that could damage buildings 30 miles into TX and LA   Officials in both states issued mandatory evacuation orders for more than half a million people on Tuesday Residents waited in long lines in Lake Charles, Louisiana, and Galveston, Texas, to board buses to evacuate