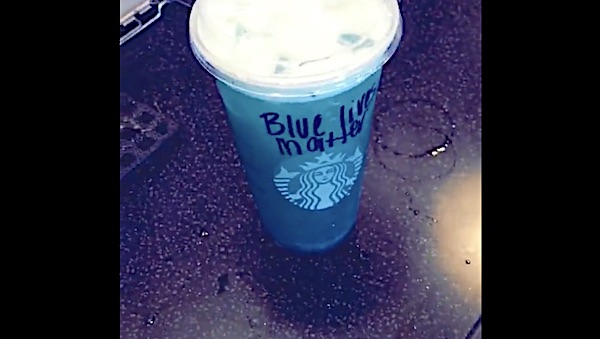 According to the NOQReport, an independent news outlet focusing on “truth in its purest form,”  the barista is teaching “how to make poisonous ‘Blue Lives Matter’ drinks.””Pranks have turned more and more deadly in recent months as many, in particular radical leftist youths and young adults, have started ramping up efforts to engage in full-blown murder. Law enforcement officers are often their targets, as was the case with a barista who made a video showing how to put together a poisonous ‘Blue Lives Matter’ drink,” the report said.

“The barista, identified as Van Greyson Hart, is seen in the video demonstrating how to mix a lethal dose of bleach with other ingredients to make it look like a standard Starbucks drink. According to Starbucks, the Target in which Hart works is licensing the brand and directly employs Hart.”

The report said the video first appeared on TikTok but later was deleted. However,