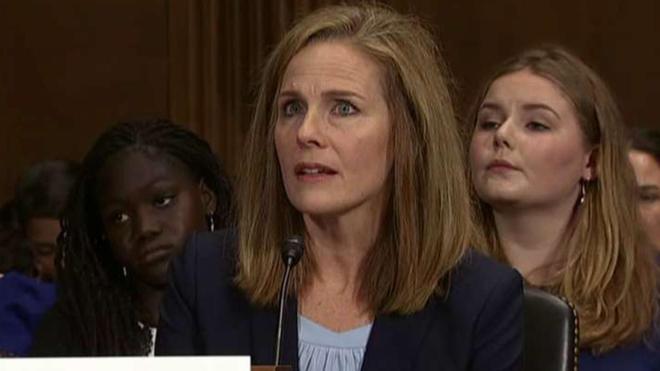 The new Supreme Court battle officially starts today.President Trump is expected to announce his pick to fill the Supreme Court seat vacated by the death of Justice Ruth Bader Ginsburg this afternoon, and sources tell Fox News they expect Amy Coney Barrett will be his nominee.A source told Fox News that Trump had taken note of how “tough” Barrett was when she faced a tough confirmation fight in 2017, and kept her very much at the front of his mind since then.The source said Trump met her during the considerations on who to replace Kennedy, talked to a lot of people about her, and wanted to keep her in place through the Kavanaugh vetting process in case there was an issue.