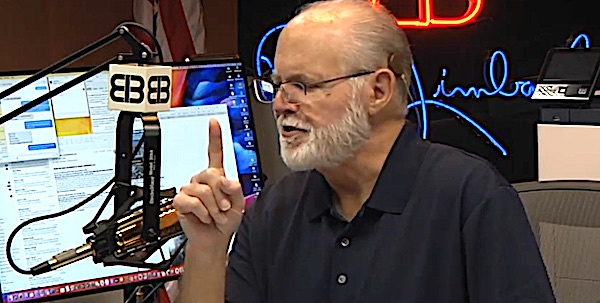 “We don’t know if Hunter had begged to get out of these arrangements,” he said. “He’s got Burisma over in Ukraine. He’s being paid mountains of money for things he’s not qualified to do. He’s got this arrangement in China with the same thing. So he takes his computer with all this data on it, all of this incriminating data, and he leaves it at a computer repair shop and signs off on the fact that if he doesn’t pick it up in 45 days he loses possession of it. So my point is that I think exactly what’s happened is what Hunter wanted to happen.”He speculated about Hunter Biden and his frame of mind, citing a report that claimed the younger Biden was “trying to tell us something” and … “his leaving that laptop might have been a conscious — could have been an unconscious, deliberate act.”