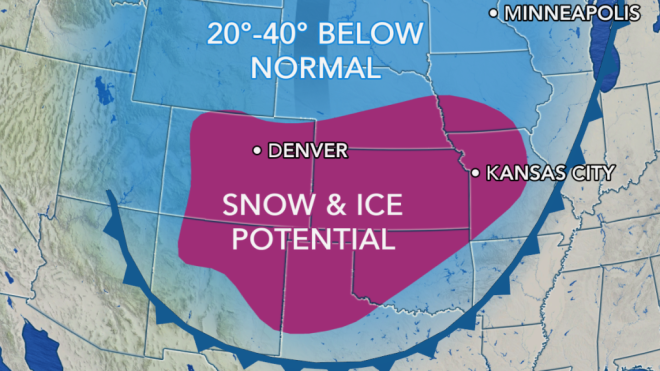 Waves of winterlike weather have already delivered helpings of record-setting, early-season snow and intrusions of cold air over the north-central United States. And forecasters warn that more wintry weather is in the pipelines for parts of the western and central U.S. in the coming weeks. A blast of frigid air may not only shatter records but also deliver cold more on par with the middle of winter to parts of the Rockies and Plains, laying the groundwork for an unusual snowfall far to the south for late October.