Tensions flare between Trump fans and opponents at DC protests 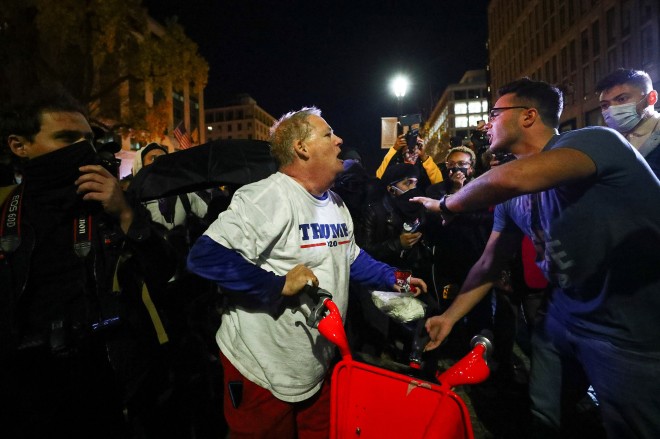 Tensions flared after dark Saturday — and one person was stabbed — as pro- and anti-Trump factions clashed in Washington D.C. — hours after the president himself made a drive-by appearance at a recount rally attended by thousands of his supporters.One person was left with critical injuries in the stabbing, which occurred during a fight between two large groups at 10th Street and New York Avenue NW around 8:30 p.m., NBC 4 Washington reported, citing a spokesperson for D.C. Fire and EMS.The victim was taken to a trauma center, according to the spokesperson.The fight was