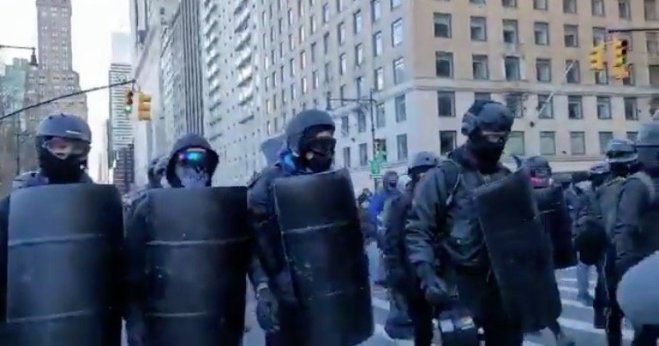 Antifa domestic terrorists marched through the streets of New York City on Sunday claiming to own the public space, chanting, “Our motherfckin streets!”“Fck the Proud Boys!” Antifa members shouted in anticipation of a rumored MAGA march at Columbus Circle.